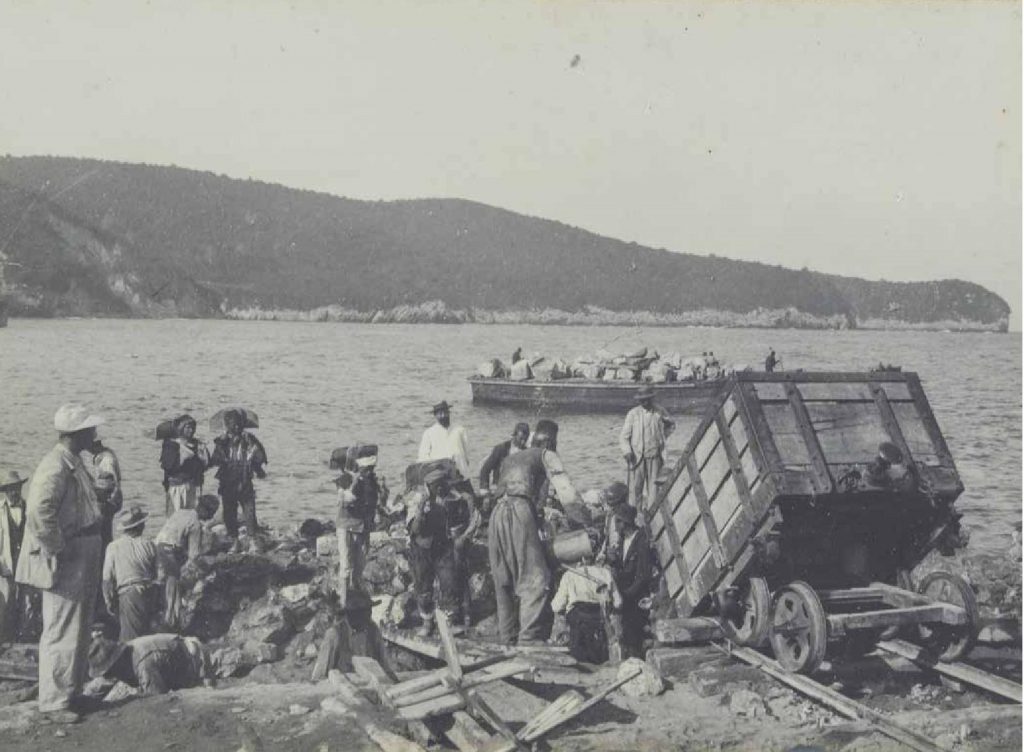 The history of modernity in the Middle East continues to be overlooked and misunderstood despite a wealth of new scholarship that scrutinizes its many facets from a range of perspectives, including political shifts, literary and artistic movements, and urban transformations. Within this large field of study, literature on the late nineteenth and early twentieth centuries in the Ottoman Empire is growing, and draws upon rich visual material; photographs of technical topics that have been largely ignored by students of visual culture—infrastructure, mining, and medicine—offer new ground for research. Clearly not as seductive as the images of exotic places and people, and thus not appealing to foreign tastes, such collections aimed to document the technological and scientific achievements in the Middle East.

The imperial interest in photography played a key role in the accumulation of photographic archives. It reached a peak during the reign of Abdülhamid II (r. 1876–1909), who amassed an extensive collection. This was not a unique case: other imperial collections, typically assembled in albums, preceded it. Such albums were often organized around different themes of modernity. Three cases are notable: Queen Victoria’s (r. 1837–1901) collection centered on her personal interest in royal portraiture and family life; the albums of the Brazilian Emperor Pedro II (r. 1840–1889) and the French Napoléon III (r. 1852–1870) covered a broader range of topics. In addition to family photographs and foreign dignitaries, they encompassed great engineering and architectural works, scientific topics, travel, and explorations. The Second Empire repertory stretched further, to archaeological and geographic expeditions and military campaigns, and included over three hundred photographs on Algeria, taken by Félix-Jacques-Antoine Moulin.[1] Celebrating imperial modernity through photographic representation thus interconnected the nineteenth-century empires—an enterprise in which the Ottomans engaged wholeheartedly, but with a delay of a couple of decades. As in other contexts, photography did not remain restricted to imperial uses, but very quickly spread to a wide terrain.

The first group pertains to railroads, which passed through rugged landscapes, imposing order on them with tracks, bridges, and tunnels. The photographs coalesce into an exhibition of the conquest of nature by technology and make an emphatic statement about connecting the disparate parts of the empire through advanced engineering. The second celebrates the exploitation of natural resources in the industrial age through depictions of coal mines, including their infrastructure. As the energy source for industry, transportation, and communication during the era of steam, coal was the primary raw material. Furthermore, the dependence of the military on coal, acclaimed in an Ottoman periodical as “the life, the spirit of war ships,” underlined the indispensability of mining in this period.[2] The third set of images focuses on applied medical research, displaying the progress made in saving lives through surgery, and underscores the importance of keeping a record of the work done. Interlacing all three is a complex social narrative about the human landscapes of the empire, with threads related to labor, class, and gender. Even though arranged for the photographic frame, the multitudes of individuals who face the lens bring into view spontaneous snippets from daily life; ordinary people enter the discourse of modernity inadvertently, and sometimes even dominate it. 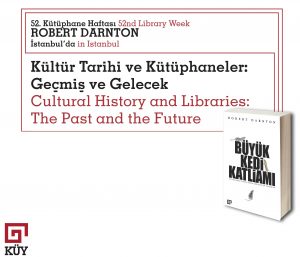 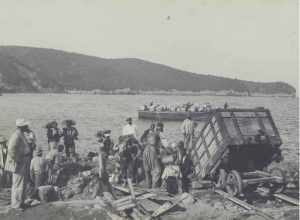