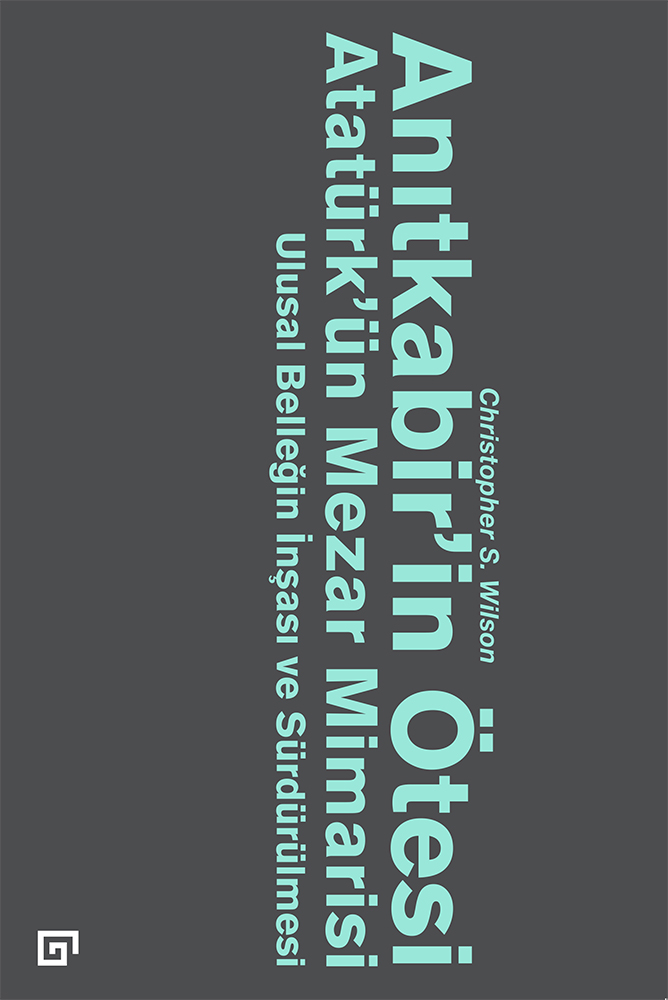 The Funerary Architecture of Atatürk, The Construction and Maintenance of National Memory

This title is the Turkish translation of Beyond Anıtkabir: The Funerary Architecture of Atatürk, Ashgate, 2013. From the backcover of the English original:

“There have been five different settings that at one time or another have contained the dead body of Mustafa Kemal Atatürk, organizer of the Turkish War of Independence (1919-1923) and first president of the Republic of Turkey. Narrating the story of these different architectural constructions – the bedroom in Dolmabahçe Palace, Istanbul, where he died; a temporary catafalque in this same palace; his funeral stage in Turkey’s new capital Ankara; a temporary tomb in the Ankara Ethnographic Museum; and his permanent and monumental mausoleum in Ankara, known in Turkish as ‘Anitkabir’ (Memorial Tomb) – this book also describes and interprets the movement of Atatürk’s body through the cities of Istanbul and Ankara and also the nation of Turkey to reach these destinations.

It examines how each one of these locations – accidental, designed, temporary, permanent – has contributed in its own way to the construction of a Turkish national memory about Atatürk. Lastly, the two permanent constructions – the Dolmabahçe Palace bedroom and Anitkabir – have changed in many ways since their first appearance in order to maintain this national memory. These changes are exposed to reveal a dynamic, rather than dull, impression of funerary architecture.”