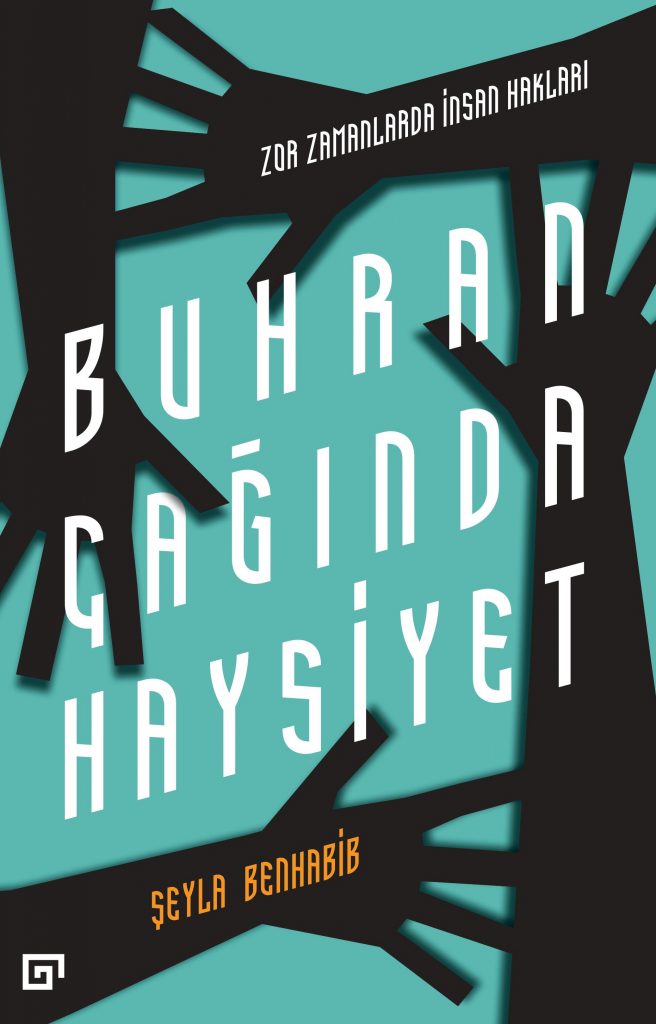 This book is the Turkish translation of Dignity in Adversity: Human Rights in Troubled Times​ originally published by Polity Press. From the backcover of the English edition:

“The language of human rights has become the public vocabulary of our contemporary world. Ironically, as the political influence of human rights has grown, their philosophical justification has become ever more controversial. Building on a theory of discourse ethics and communicative rationality, this book addresses the politics and philosophy of human rights against the background of the broader social transformations that are shaping the modern world. Rejecting the reduction of international human rights to the Trojan horse of a neo-liberal empire’s bid for world power, as well as the conservative objections to legal cosmopolitanism as encroachments upon democratic sovereignty, Benhabib develops two key concepts to move beyond these false antitheses. International human rights norms need contextualization in specific polities through processes of what she calls ‘democratic iterations.’ Furthermore, such norms have a ‘jurisgenerative power, ‘ in that they enable new actors to enter fields of social and political contestation; they promote new vocabularies for public claim-making and anticipate a justice to come.

Ranging over themes such as sovereignty, citizenship, genocide, European anti-semitism, the crisis of the nation-state, and the ‘scarf affair’ in contemporary Europe and Turkey, this major new book by one of our leading political theorists reflects upon the political transformations of our times and makes a compelling case for a cosmopolitanism without illusions.”