A Story About How Animals See

This book is the Turkish translation of The Queen’s Shadow, originally published by Kids Can Press.

This is a surreal detective story based on scientific facts about how animals see.

On the night of the royal festival, the Queen’s ball continues in full swing. Suddenly there is a flash of lightning, and then everything turns dark. When the lights come back on, a daring robbery is revealed.

Someone stole the Queen’s shadow!

Fortunately, the royal detective Mantis Shrimp is there to question the guests. Mr. Chameleon, Captain Shark, Spearhead Snake, the Goat, the Dragonfly, the Giant Squid, Doctor Pigeon, and two young sea urchins Romanof and Ekino are questioned one by one. Each suspect’s unique perspective is an important part of the puzzle, and the events of the night are finally revealed in full, in an unexpected yet fun fashion.

In a creative and extraordinary book with striking illustrations and a witty narrative, Cybèle Young presents a world that is both fantastically rich and full of scientific facts.

This book is the Turkish translation of Cá em casa somos, originally published by Planeta Tangerina. Welcome to our house! […] 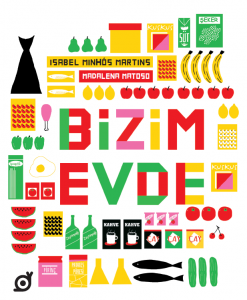 This book is the Turkish translation of Para onde vamos quando desaparecemos?, originally published by Planeta Tangerina. Everyone seems to have […] 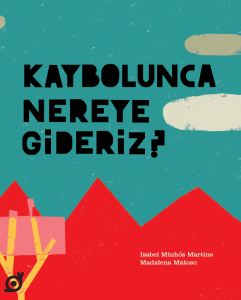 Where Do We Go When We Disappear?

This book is the Turkish translation of Alexis, Have a Snack, originally published by Metaichmio Publications. Come on Ali, it’s […] 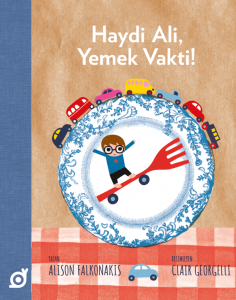