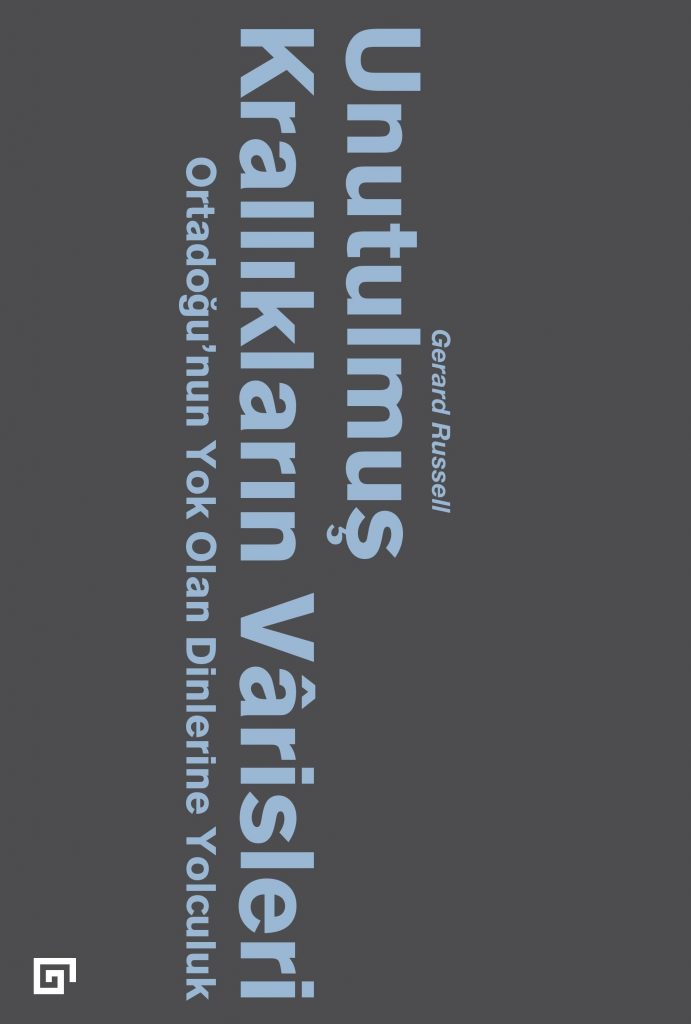 Journeys Into the Disappearing Religions of the Middle East

This book is the Turkish translation of Heirs to Forgotten Kingdoms: Journeys Into the Disappearing Religions of the Middle East published by Basic Books. From the backcover of the English original:

“Despite its reputation for religious intolerance, the Middle East has long sheltered many distinctive and strange faiths: one regards the Greek prophets as incarnations of God, another reveres Lucifer in the form of a peacock, and yet another believes that their followers are reincarnated beings who have existed in various forms for thousands of years. These religions represent the last vestiges of the magnificent civilizations in ancient history: Persia, Babylon, Egypt in the time of the Pharaohs. Their followers have learned how to survive foreign attacks and the perils of assimilation. But today, with the Middle East in turmoil, they face greater challenges than ever before.

In Heirs to Forgotten Kingdoms, former diplomat Gerard Russell ventures to the distant, nearly impassable regions where these mysterious religions still cling to survival. He lives alongside the Mandaeans and Ezidis of Iraq, the Zoroastrians of Iran, the Copts of Egypt, and others. He learns their histories, participates in their rituals, and comes to understand the threats to their communities. Historically a tolerant faith, Islam has, since the early 20th century, witnessed the rise of militant, extremist sects. This development, along with the rippling effects of Western invasion, now pose existential threats to these minority faiths. And as more and more of their youth flee to the West in search of greater freedoms and job prospects, these religions face the dire possibility of extinction.

Drawing on his extensive travels and archival research, Russell provides an essential record of the past, present, and perilous future of these remarkable religions.”