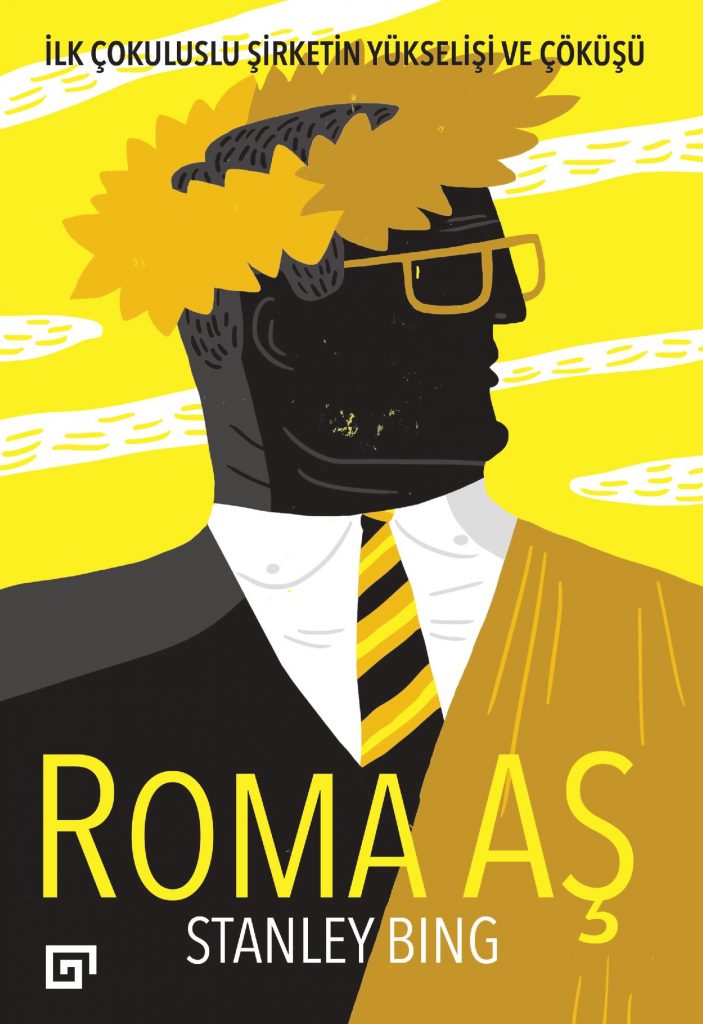 The Rise and Fall of the First Multinational Corporation

This book is the turkish translation of Rome, Inc.: The Rise and Fall of the First Multinational Corporation published by W.W. Norton. From the backcover of the English original:

“A family business prospers through a series of brutal consolidations and rational growth. Then senseless internal conflicts lead to a long line of demented CEOs, monumental expansion, and foolish diversification—at a high cost in shattered lives. In the end, a series of reverse takeovers leaves the once-proud but now overextended and corrupt parent company at the mercy of less-civilized operations that previously cringed at the grandeur of the corporate brand.

Enron? WorldCom? Try Rome, whose rise and fall carry a moral that lingers to this day for the managers, employees, and students of any global enterprise. Stanley Bing—whose satirical business books are as savagely funny as they are insightful—mingles business parable and cautionary tale into an ingenious, often hilarious new telling of the story of the Roman Empire.”