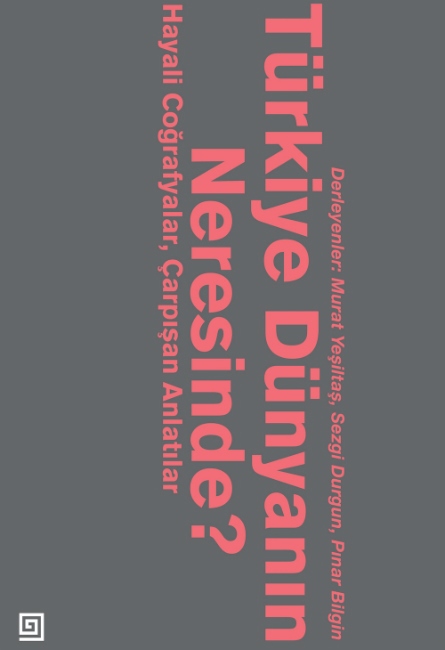 Where in the World is Turkey?

It has always been emphasized that Turkey is a significant country due in part to its geographical position. The imposition of this “rough geography” idea has been used to consolidate the “strong state” argument, and to silence the politics and the civil demands about the democracy, freedom of speech, human rights, and the electoral threshold. This assumption does not appear merely in the official political discourse, but also in the daily practices. It is obvious that geographic categories suggest that Turkey is “a bridge” between the West and the East, it is a “centeral country”, or Cyprus is an “infant-land” are common patterns and thoughts that we got used to, and recreated over and over again.

Where in the World is Turkey: Imaginary Geographies, Clashing Narratives is a detailed study that criticizes the dominant geographical patterns with a geopolitical approach. The articles in the book review how the geographical categories were recreated in formal, practical and popular geographical discourses, and analyze how the overlapping and clashing situations occur as a result of this. This study shows how the geographical perception patterns that take place within the state, army, foreign relations, and even the school books and popular culture turn into geopolitical dogmas. With its critical and geopolitical approach, Where in the World is Turkey aims to bring a new field to the politics that has been limited with such dogmas.