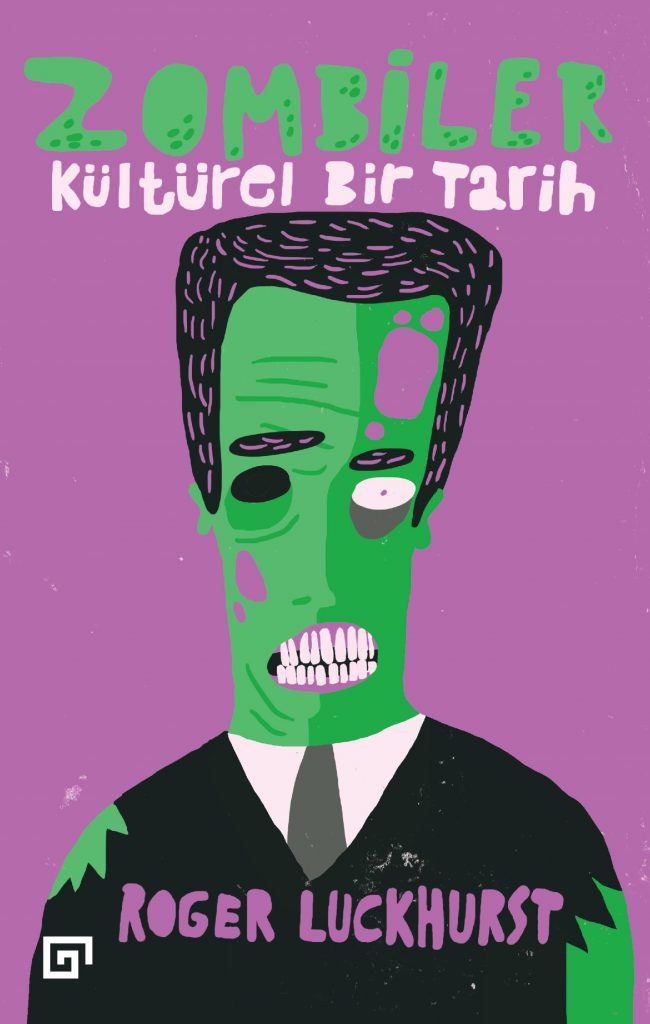 This book is the Turkish translation of Zombies: A Cultural History, originally published by Reaktion Books. From the backcover of the English original:

“Add a gurgling moan with the sound of dragging feet and a smell of decay and what do you get? Better not find out. The zombie has roamed with dead-eyed menace from its beginnings in obscure folklore and superstition to global status today, the star of films such as 28 Days Later, World War Z, and the outrageously successful comic book, TV series, and video game—The Walking Dead. In this brain-gripping history, Roger Luckhurst traces the permutations of the zombie through our culture and imaginations, examining the undead’s ability to remain defiantly alive.

Luckhurst follows a trail that leads from the nineteenth-century Caribbean, through American pulp fiction of the 1920s, to the middle of the twentieth century, when zombies swarmed comic books and movie screens. From there he follows the zombie around the world, tracing the vectors of its infectious global spread from France to Australia, Brazil to Japan. Stitching together materials from anthropology, folklore, travel writings, colonial histories, popular literature and cinema, medical history, and cultural theory, Zombies is the definitive short introduction to these restless pulp monsters.”