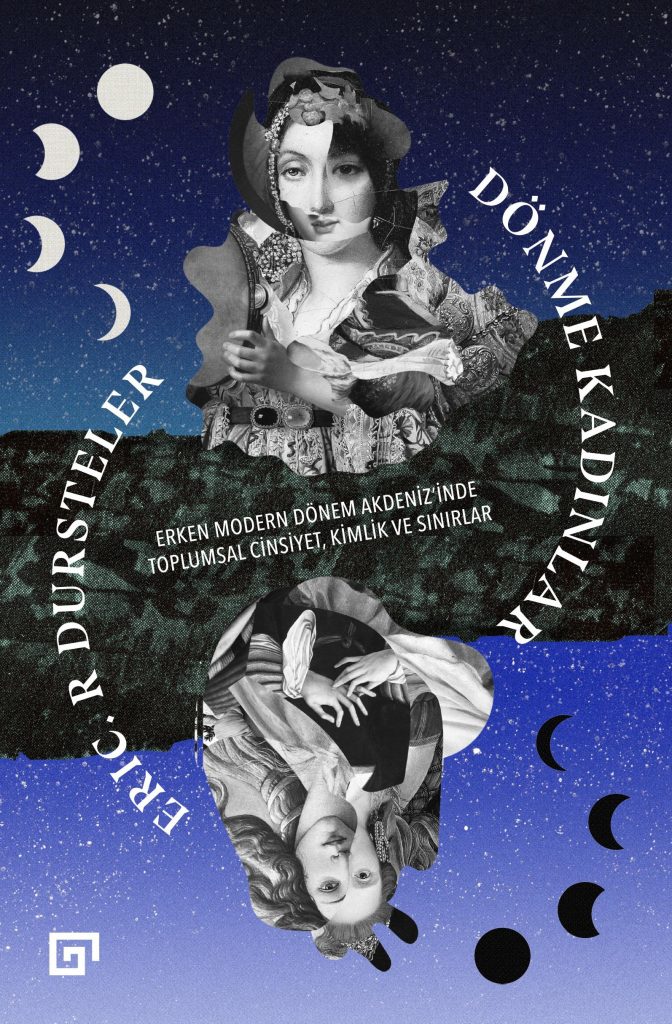 Gender, Identity, and Boundaries in the Early Modern Mediterranean

This book is the Turkish translation of Renegade Women: Gender, Identity, and Boundaries in the Early Modern Mediterranean, originally published by The John Hopkins University Press. From the back cover of the English original version:

“This book uses the stories of early modern women in the Mediterranean who left their birthplaces, families, and religions to reveal the complex space women of the period occupied socially and politically.

In the narrow sense, the word ‘renegade’ as used in the early modern Mediterranean referred to a Christian who had abandoned his or her religion to become a Muslim. With Renegade Women, Eric R Dursteler deftly redefines and broadens the term to include anyone who crossed the era’s and region’s religious, political, social, and gender boundaries. Drawing on archival research, he relates three tales of women whose lives afford great insight into both the specific experiences and condition of females in, and the broader cultural and societal practices and mores of, the early Mediterranean.

Through Beatrice Michiel of Venice, who fled an overbearing husband to join her renegade brother in Constantinople and took the name Fatima Hatun, Dursteler discusses how women could convert and relocate in order to raise their personal and familial status. In the parallel tales of the Christian Elena Civalelli and the Muslim Mihale Šatorovic, who both entered a Venetian convent to avoid unwanted, arranged marriages, he finds courageous young women who used the frontier between Ottoman and Venetian states to exercise a surprising degree of agency over their lives. And in the actions of four Muslim women of the Greek island of Milos—Aissè, her sisters Eminè and Catigè, and their mother, Maria—who together left their home for Corfu and converted from Islam to Christianity to escape Aissè’s emotionally and financially neglectful husband, Dursteler unveils how a woman’s attempt to control her own life ignited an international firestorm that threatened Venetian-Ottoman relations.

A truly fascinating narrative of female instrumentality, Renegade Women illuminates the nexus of identity and conversion in the early modern Mediterranean through global and local lenses. Scholars of the period will find this to be a richly informative and thoroughly engrossing read.”