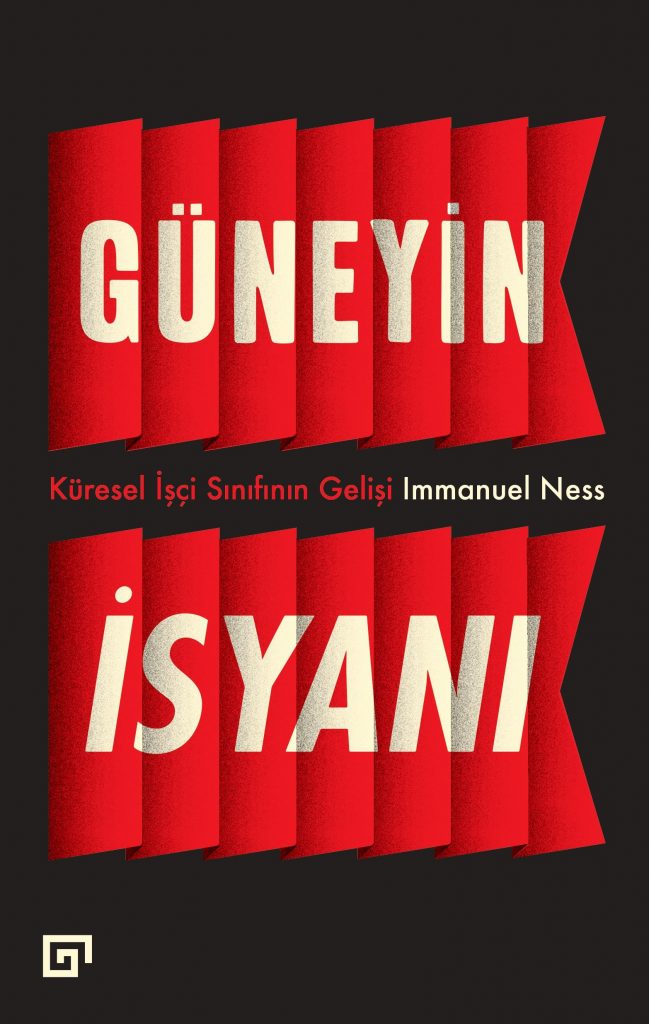 The Coming of the Global Working Class

This book is the Turkish translation of Southern Insurgency: The Coming of the Global Working Class​ originally published by Pluto Press. From the backcover of the English edition:

“Even as labor in the developed world seems to be in retreat, industrial struggle continues elsewhere—and with particular force in the Global South. In Southern Insurgency, Immanuel Ness provides a thorough and expert perspective of three key countries where workers are fighting the spread of unchecked industrial capitalism: China, India, and South Africa. In each case, he considers the broader historical forces in play, such as the effects of imperialism, the decline of the international union movement, class struggle, and the growing reserve of available labor. He then narrows his focus in each case on the specifics of the current grassroots insurgency: the militancy of miners in South Africa, new labor organizations in India, and the rise of worker insurgencies in China.

The product of extensive firsthand field research, Southern Insurgency paints a picture of the new industrial proletariat in the Global South—a group that lives a precarious, frightening existence yet at the same time offers hope for new approaches to solidarity and the anti-capitalist struggle.”

This book is the Turkish translation of Why Social Justice Matters originally published by Polity Press. From the backcover of the […]