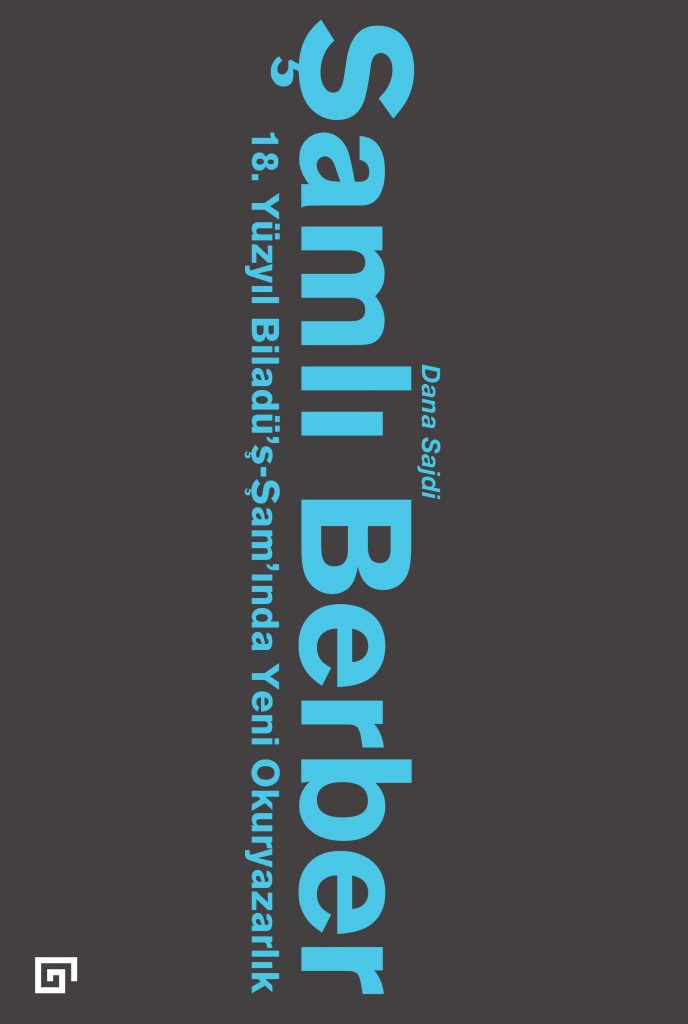 The Barber of Damascus

This book is the Turkish translation of The Barber of Damascus: Nouveau Literacy in the Eighteenth-Century Ottoman Levant​ originally published by Stanford University Press. From the backcover of the English edition:

“This book is about a barber, Shihab al-Din Ahmad Ibn Budayr, who shaved and coiffed, and probably circumcised and healed, in Damascus in the 18th century. The barber may have been a “nobody,” but he wrote a history book, a record of the events that took place in his city during his lifetime. Dana Sajdi investigates the significance of this book, and in examining the life and work of Ibn Budayr, uncovers the emergence of a larger trend of history writing by unusual authors—people outside the learned establishment—and a new phenomenon: nouveau literacy.

The Barber of Damascus offers the first full-length microhistory of an individual commoner in Ottoman and Islamic history. Contributing to Ottoman popular history, Arabic historiography, and the little-studied cultural history of the 18th century Levant, the volume also examines the reception of the barber’s book a century later to explore connections between the 18th and the late 19th centuries and illuminates new paths leading to the Nahda, the Arab Renaissance.”